Holiday delay and Covid-19 measures. indication delivery times may vary. Read more >> Link
Blog Categories
Stay up to date with news and promotions by signing up for our weekly newsletter. Subscribe

Trichodina is one of the most common parasites on our koi. It sounds a little weird, but it is also one of the most beautiful at the same time. If you have not believed in flying saucers, then you will certainly do this do if you have seen under the microscope once Trichodina "float". Beautiful but dangerous, the micro version of the "femme fatale".

Trichodina is the name we popularly use for a collection of multiple types of falling under the Trichodinidae family. These species are Trichodinella, Paratrichodina, Vauchomia and Tripartiella, Trichodina. Then these types of further divided into subspecies. The distinction between this species and subspecies is difficult to make and also not really important because General, physical characteristics and treatment are the same. Trichodinella is, in its experience, smaller and more stubborn than Trichodina.

Trichodina is a Protozoan. A Protozoan is a single-celled, animal organism that can be divided into three categories; Celiaten, flagellates and Sporoza.

Trichodina belongs to the Group Celiaten. A Celiaat or pennant has a pet oval shaped (bean-shaped) Protozoan with around Cilia for locomotion. The reproduction shall be carried out by cell division. Under optimal conditions for the parasite can this go very quickly.

Trichodina parasitizes the skin and gills of the koi. Moreover, many other species including saltwater fishing can also fall victim to this parasite. By quickly to turn around the parasite in the Gill lamellae, bores through the mucous lining and even through the skin of the fish. This is possible because the Protozoan to the flat side a kind of blades has, as it were, putting the entire parasite turns into a live Chuck. Along the way, feeds the parasite itself with los scraped surface cells.

In this process is the tiny nicks and mucus skin local broken. This offers other parasites, such as harmful bacteria, sometimes the chance to their battle to save. If this happens, we speak of a secondary or even tertiary infection. The mucus membranes is the protective layer, which attacks precisely at a distance. In the mucus membranes are immune substances to which it owes its antimicrobial properties. A fish with enough resistance thus possesses an excellent defense mechanism against "intruders" from the outside and is usually able to the always present in low numbers of parasites in order to limit. Over a single parasite, on a fish that are full of health further, I am completely no worries.

At the time that the resistance of the fish on the back burner, for example, a State as a result of poor water quality or constant stress, the possibility exists that Trichodina the fight in her advantage going. Trichodina is known as a typical "dirty water parasite". The poor water quality or prolonged stress weakened fish may offer insufficient resistance and the parasite begins to multiply itself explosive. At that time you can go observe the symptoms associated with a serious infection.

Symptoms associated with severe Trichodina infection are skin cloudiness by excessive mucus production (defensive mechanism of the fish), skin damage, Gill damage and sanding/flashes. A diagnosis can be made only by microscopic examination. The listed symptoms are quite common and are therefore also in other conditions or other parasites. Mainly the skin opacity we also against protozoa as Costia and Chilodonella.

The size of Trichodina is approximately 50 microns (one micron is one thousandth millimetre). This is significantly larger than, for example, the Protozoan Costia of about 15 microns. Diagnosis takes place by a afstrijkje of mucus membranes. Trichodina is at a magnification of 100 up to 200 x easy to spot. At 100 x magnification, you can make the diagnosis unmistakable Trichodina, at 200 x magnification you can see more details and at 400 x magnification are the cilia and "blades". A dead fish is leaving soon, a afstrijkje do so not as much sense. Seen from the top or bottom is not a perfect circle that distorts the parasite (solid) during the propellant. From this point of view seems the most on the shaving head of an electric shaver. From the side it seems most Trichodina on a flying saucer.

When you are viewing the parasite under a microscope and a drop of water under the cover is included, then the moving copies beautiful. A few will "drill mode" and quickly to the shaft rotating. Others you can see beautiful "take off" and "countries", probably looking for a suitable location.

Trichodina does not give rise to a single treatment, unless the fish there noticeable under leads. As already said, this parasite very regularly. Of course, it is wise to be extra alert if you (one) Trichodina or another parasite under the microscope.

As with many protozoa can also Trichodina only briefly without a host. This provides the opportunity to treat the fish in a behandelbak, so that your pond environment. The visvrij keep the pond during the treatment prevents a pretty swimming Trichodina Bob within hours. If you must be able to handle in the pond, connect your filter at least briefly and put any UVC lamps and ozone. The behandelbak well aerated. Typically, one treatment is enough because the parasite does not lay eggs or cysts is that may be resistant to the pesticide. At Trichodinella is sometimes a second or a slightly heavier need treatment. Of course, it is only prudent to treat it as an outbreak actually leads to problems or most likely is going to lead (at large numbers of Trichodina). In addition to the treatment try, of course, the primary cause (usually poor water quality) to fix and solve the problem. The best "drug" is still the creation of optimal living conditions for your koi. A fish kept under good conditions generally has a high resistance and will itself be able to count with a single remaining parasite.

Summary: Trichodina
Species: Protozoan or oerdiertje.
Features: single cell, animal.
Category: Celiaat (oval-shaped, with Cilia).
Who: freshwater and saltwater fishing.
Cycle: Cell Division.
Arise: poor water quality, over population, stress, infection.
Prevention: excellent water quality, sufficient living space, preventing stress.New fish first time in quarantine.
Symptoms: milky-white cloudiness by extra mucus production. Sanding/flashes.
Side effects: bacterial infections or other protozoa by injury and weakening of the fish are possible.
How to recognize: Huidafstijkje under the microscope (100-200 x). Circular Celiaat with Cilia. Shape retention. Seems from above on a shaving head or wagon wheel and from the side on a flying saucer. Dead fish are leaving soon (verse afstrijkje).
Treatment: Only in the case of an outbreak. Each fish carries quite a few copies. Preferably in the behandelbak. For the medium to use, dosage and frequency of administration a vet or your koidealer (if expertly).
Warning: many resources against protozoa are toxic (e.g. formalin), carcinogenic (e.g. Malachite Green) or very oxidizing (e.g. potassium permanganate). Always wear gloves, eye and respiratory protection. Keep in mind that your treatment in the pond ecosystem, including biological filter, largely to SOAP helps. 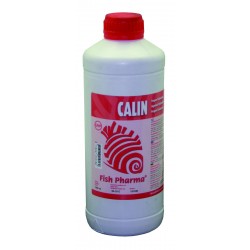 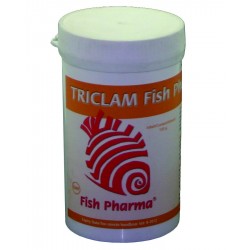